Gay Pride Month – everything you need to know.

Before going into the details of gay pride makeup I did some research into gay pride, how it started and where it is today – join me on a journey of color and knowledge and it would be awesome if you could share this post!

Gay pride has been described as the promotion of self affirmation, dignity, equality and increased visibility of lesbian, gay, bisexual and transgender people as a social group. It encompasses confidence, self respect and solidarity as expressed by gay people associated with openness about ones sexual identity and the celebration of gay culture and history.

PRIDE is the acronym used as follows: 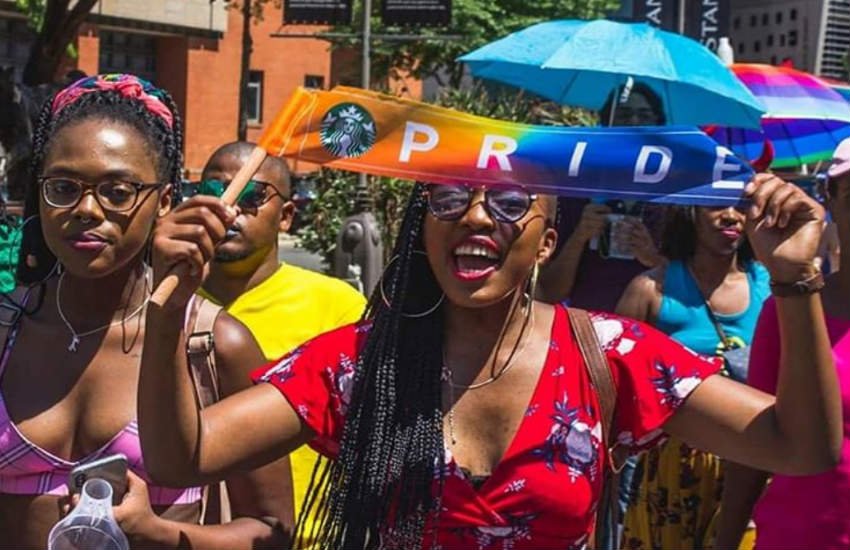 On June 12, 2016, the popular gay dance club Pulse in Orlando was the site of a mass shooting by one assailant. With at least 49 dead and another 50 injured, this hate crime is being called the worst mass shooting in U.S. history. It occurred during what was LGBT Pride weekend for towns and cities in and beyond the United States. The immediate, caring response from mayors, police and FBI authorities, local and national politicians, and the President of the United States, who reached out to express outrage and concern, demonstrates the enormous shift toward acceptance and public support for the LGBT community. Although the LGBT community and individuals remain targets for hate violence and backlash throughout the world, the hard work of activists and allies made it possible to reach this era, where the perpetrators of violence, not the victims, are condemned as sick.

The gay pride flag is a rainbow and was created by Gilbert Baker in 1978 – it symbolizes joy, beauty and power. It is a reminder that you are not alone if you have been rejected by your family – just know that there are other people like you – people who have also suffered but have survived. These small comic strips can be found here – there are tons of them they are short and to the point. 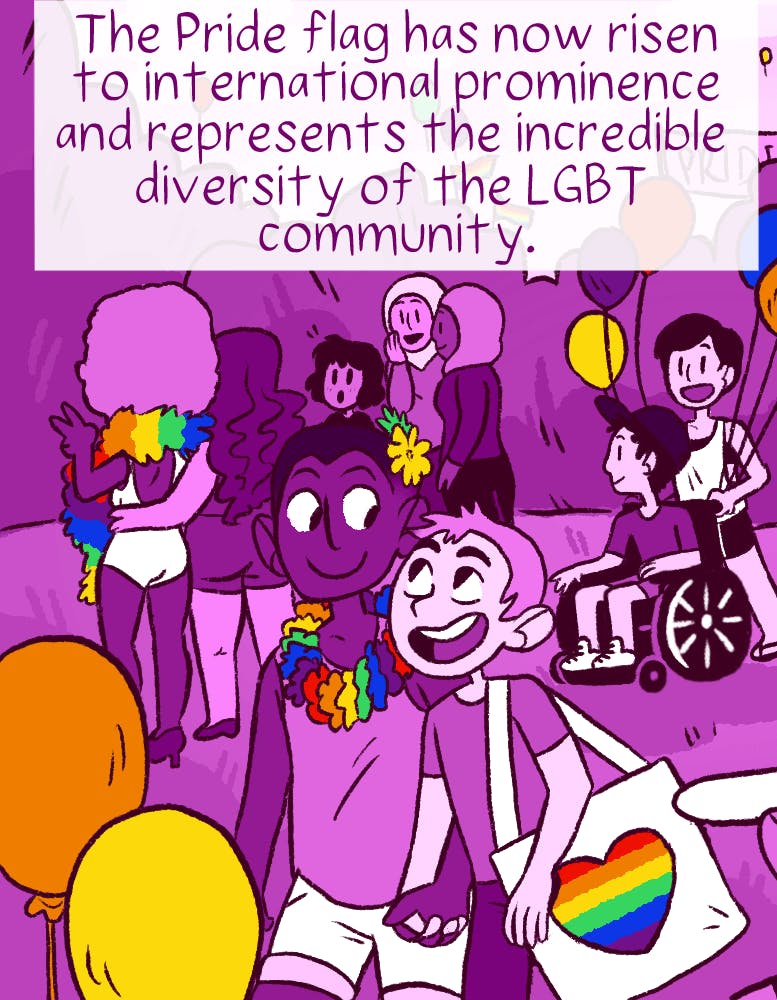 What does Pride Mean To You?

In the research of this post I found some incredible stories that really impacted me and I realized that Pride itself needs to be or should be celebrated. Here are some stories I read. I also got some feedback from people here in SA will be posted in the next blog post.

“Pride is a time where you are truly able to celebrate yourself as a whole person. For many of us in the LGBTQ community, we’ve spent a lot of our lives being ashamed of who we are. Many people still struggle with that even if they are out. Pride is a reminder that we shouldn’t feel ashamed and that we should actually celebrate who we are. I grew up in a small, conservative agriculture town with very few openly LGBTQ role models. Living there, it was hard to see a future where I would ever be able to be openly gay. When I moved away to college, my world opened up and I found myself able to finally picture that future.

It’s important to me to be very open about my identity so that those who are struggling with their own can see someone who has been able to overcome that struggle. I want to be the person who I needed to see when I was growing up closeted. I want to be the person who can give someone at least a little more hope that they can have a future where they are able to be their true selves. When you’re struggling and in the closet, it’s important to remember that there are people out there who support you and who love you. Just remember that if you are struggling, you are not alone, you are not unlovable, and there is nothing wrong with you. 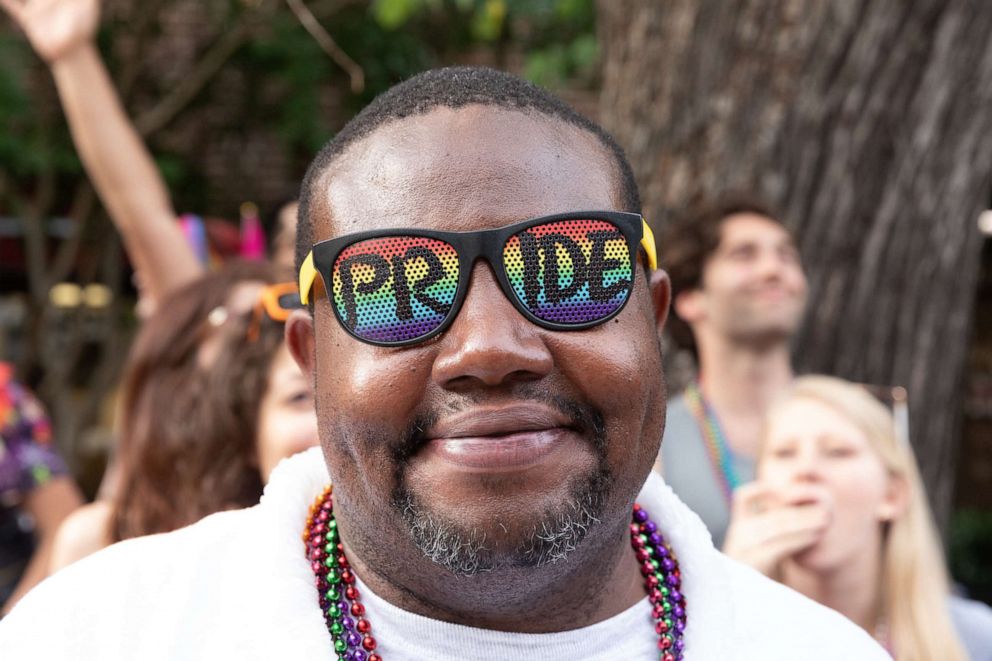 Due to the impact of the Coronovirus there will be no Gay Pride Parades in 2020 – however celebrations will continue online. The LGBT community has fully mobilized to support the real-time efforts of the Black Lives Matter movement and to amplify the voices of protesters marching for justice for George Floyd, an unarmed black man who died on May 25 in Minneapolis shortly after a white police officer was filmed kneeling on his neck for nearly nine minutes as three other officers stood by. 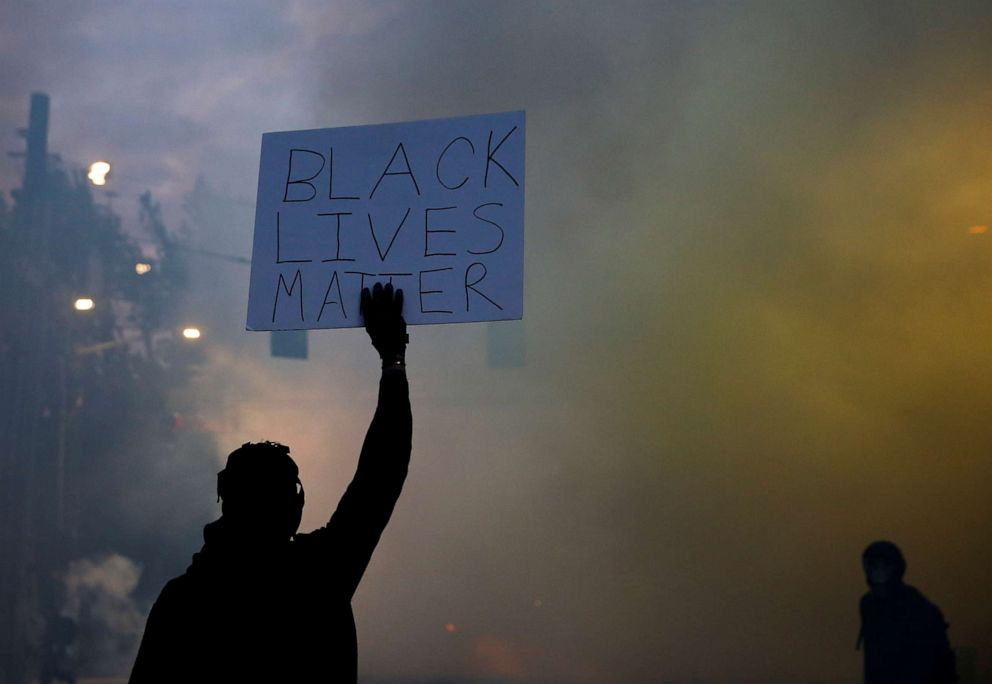 “The LGBTQ community knows about the work of resisting police brutality and violence. We celebrate June as Pride Month, because it commemorates, in part, our resisting police harassment and brutality at Stonewall in New York City, and earlier in California, when such violence was common and expected,” the letter states. “We remember it as a breakthrough moment when we refused to accept humiliation and fear as the price of living fully, freely, and authentically.”

Celebrate the month of June and take out your colorful and exotic accessories to commemorate this month with the maximum of styles. It is the perfect time to honor the 50 long years of the LGBTQ community, visualizing the free expression and rights of all equally. Something you can not ignore will be your makeup and when it comes to pride, the ideas are all over!

Prepare all your eyeshadow palettes, the most colorful eyeliners and glitter. This is the month in which you will get the most out of creating spectacular pride day makeup looks. Detonate all the pride you have inside! Here are some looks created by Warren Killian who you can find on Instagram. This young man is our drag queen he is unique and so lovely – he lives inside my heart. 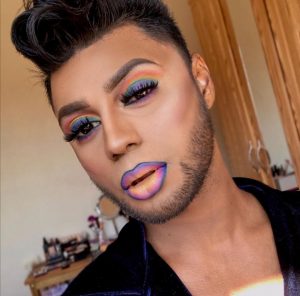 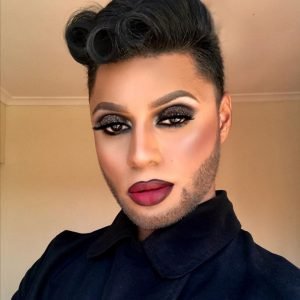 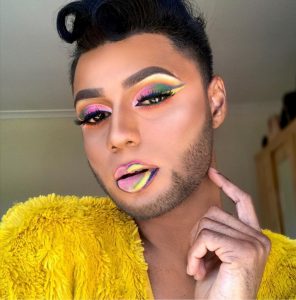 In my next post I will be featuring other SA artists and showing off their mad skills – so look out for it.

Have the best week.

Tips for Mask Makeup – make those eyes POP in the best way!

Liquid Primer – YOU need this!

Continue reading
Select more than one item for comparision.

Get Free Shipping on Orders of R500 or more. Contact us via WhatsApp if you need any assistance. Dismiss